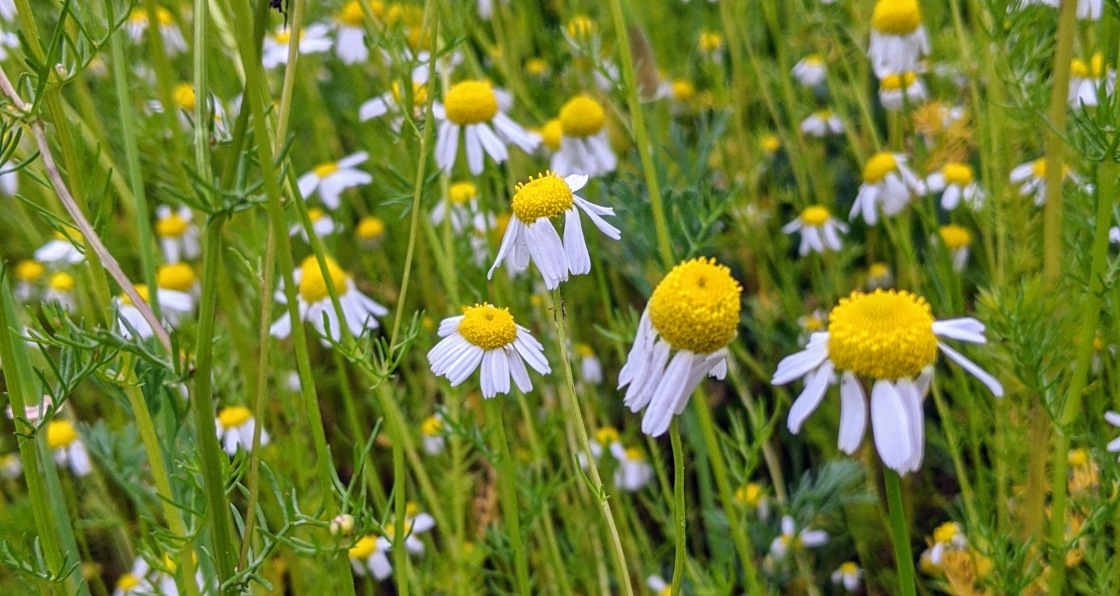 Spring is in the air! This season invigorates me and is by far my favorite when visiting southern Spain. Traditionally, spring in Andalucia is noted by the rich aromas of orange blossoms in bloom. Music fills the air as local church congregations practice for Semana Santa processions. It’s hard to describe the sensation of Holy Week as incense and candle wax fill the air, crowds push along wet, narrow streets, while singing, cheers and flower petals float down from the balconies above. Then, when your senses are almost overloaded, comes Feria!

In 1998, I went to my first Feria in Sevilla. There’s nothing like it! By day, decorated horses pull beautiful wooden carriages filled with men and women dressed up in traditional suits and dresses. Decorated tents, called casetas, have friends and families partying with no worry about what time it is. It was here when I first tasted Manzanilla.

Manzanilla means chamomile in Spanish. If you ask for a Manzanilla anywhere in Spain outside of Andalucia, they will hand you a hot cup of tea. Though technically created just like a Fino style, Manzanilla has its own classification. To put it simply, Manzanillas are aged in Sanlúcar de Barrameda. Its close location to the sea creates a microclimate that impacts the wine differently than the Finos aged inland in Jerez de la Frontera and El Puerto de Santa María. I have always picked up the slightly briny notes, but never aromas of chamomile. That was until I opened this bottle!

Included with my winter Enramistas Sherry Club shipment was a bottle of Manzanilla from Callejuela. As they explain:

The Blanco brothers, Pepe and Paco, are producing some of the only estate bottled and grower sherry in Jerez. Their father over the years slowly bought up vineyards in Añina,  Marcharnudo and Callejuela and they farm 28 hectares. The Palomino is harvested in the first two weeks of September (much later than other vineyards in the area) to give the fruit longer hang time to soak up the influence of the Albariza soil. The mosto is fermented in stainless steel, fortified to 15% and then enters the solera for three years of aging. Soft florals, pear and almond notes abound.

When I pulled the cork, I was immediately transported to my backyard in the summer. Our chamomile patch of flowers overpowered the patio that first year they grew, and this was the same aroma that burst forth from this bottle. This was not the same Manzanilla I first experienced in 1998, which was austere and reminded me of nail polish remover. This was light, refreshing, and so complex. So, although I was drinking it on a cold winter night, I could imagine I was finally sipping this chilled beauty in the heat of Jerez, dancing Sevillanas at the Feria del Caballo, snacking on tapas of Castelvetrano olives, potato chips and jamón. Olé!